Lunar January is the month of playing for Vietnamese people. From 4 January (lunar month) to the end of full moon, it has many festivals with traditional cultural activities in the North Vietnam. The attraction of Vietnam’s festivals is as strong as ever, discover it all in with these five don’t-miss experiences. 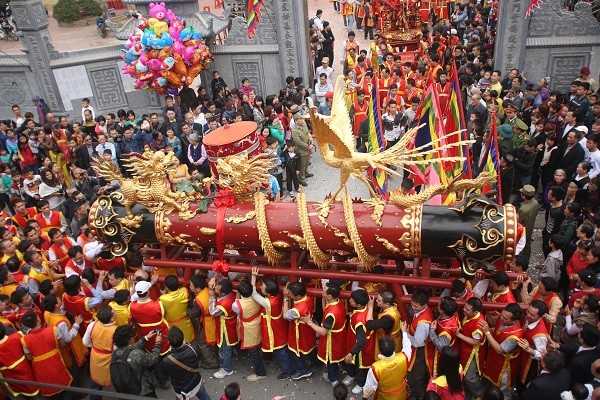 2. On the lunar 5th January – “Dong Da” Mound Festival and Starting a harvest festival in Doi Son
Go Dong Da Festival takes place on the 5th of “Tet” holiday in Go Dong Da District, Quang Trung Ward, Dong Da District, Hanoi to commemorate the glorious victory of King Quang Trung. On the morning of the festival, dignitaries and elders in Khuong Thuong, Thinh Hao gathered to prepare for the festival.

Additional, the starting a harvest festival in Doi Son is the same day. The festival is organized in Duy Tien, Ha Nam to promote agriculture. The first festival was take place in the 10th century in Ha Nam under king Le Dai Hanh. 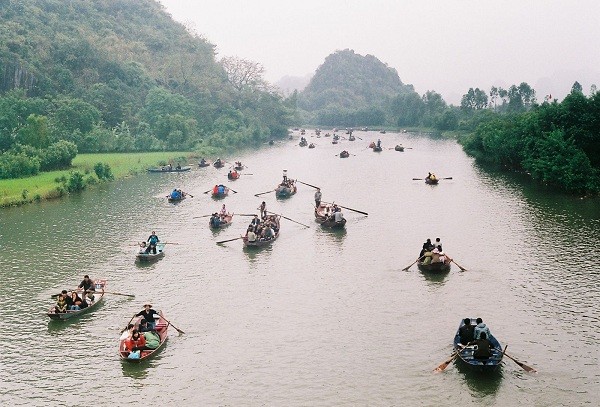 Huong Pagoda Festival (Huong Son Commune – My Duc District – Hanoi) is one of the most famous festivals, one of the largest and the longest festival in Vietnam. Huong Pagoda Festival , opens on 6th January and finish until the end of the March lunar month. However, from 1st January lunar month had many people to visit the pagoda. In particularly, Yen stream is a highlight of the pagoda before visiting the main pagoda. Getting the board to cruise along Yen Stream will be an excellent experience. 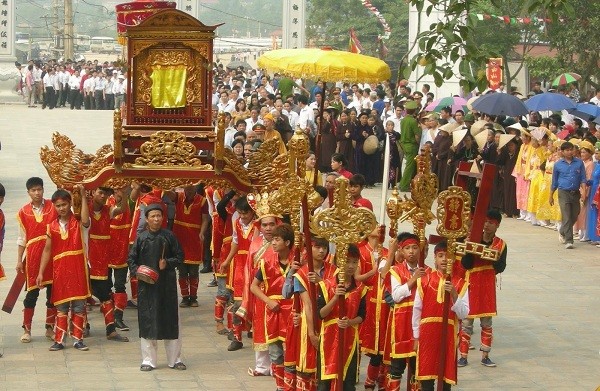 “Giong” Temple Festival in Phu Linh Commune, Soc Son District, Hanoi also open on 6th January. According to legend, this is where the last leg of Giong – one of four immortal deities of Vietnam, before he flied to heaven. The festival takes place in 3 days full of traditional rituals such as the ceremony, the procession, and offer bamboo flower to the highest temple. The festival praised the heroic and remembered the great deity in Vietnam. In 2011, the festival has been recognized as a UNESCO cultural heritage intangible representation of humanity.

“Long Tong” Festival is a traditional festival of “Tay” ethnic in Tuyen Quang Province. The festival organizes on the lunar 8th January to wish for good weather to plant water rice, good harvests, happy family. In the festival, people prepare many offerings which make from agricultural produce such as “chung” cakes, pork, boiled eggs, sticky rice … to offer the gods. In addition to the ceremony, the event associated with traditional games such as walking on stilts, puppets, cock fighting, swinging, martial arts, tug, push sticks, shoot a crossbow and sing “then”. There always attract people to joy in.

Vieng Market Festival starts on the 8th lunar January, in Kim Thai commune, Nam Dinh province. Vieng Market opens along 8th January, but people – who live far often come earlier, from 11, 12 hours the night before. The product include plants, crops, livestock, fruit trees, even the coffee trees, lemon trees, pepper plants, the items produced by small farmers and beef.
At the market, they do not bargain because “the buy and the sell” bears a certain spiritual sense – that people just need to sell or buy be something very small, the sellers who bought them good luck.

5. On the lunar 10th January – “Yen Tu” Festival
“Yen Tu” Festival is one of the largest festivals in Vietnam. It starts in 10th of January to the end of March lunar month in Yen Tu. The Yen Tu pagoda is located in Yen Thuong Commune, Uong Bi District, Quang Ninh Province. During the festival, there has many activities and traditional games. 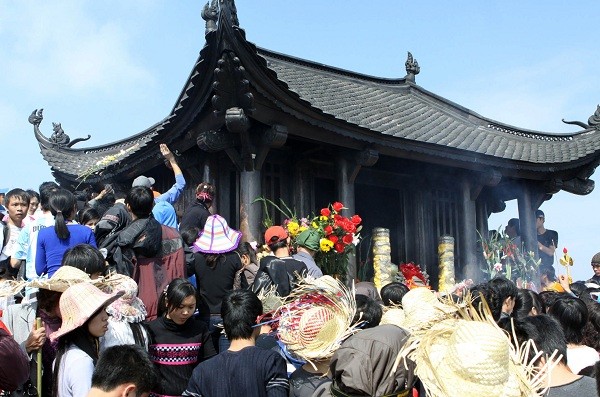 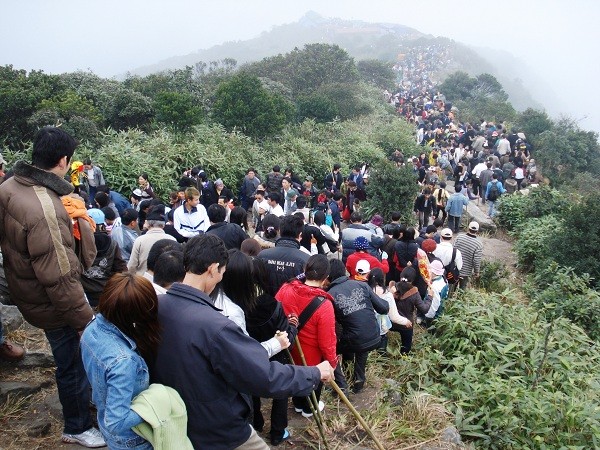